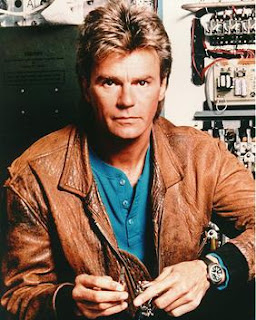 Wikipedia lists his hobbies as guitar and the art of painting but surely he would have been a master of the mystical art of Frugal Orchardism too.

To give you some background information to this post (which has really just been an excuse to research and rewatch one of my favourite childhood tv programmes), Macgyver was an American TV show that used to screen every Saturday when I was growing up. The titular character who sported a lightly gelled mullet was regularly fighting the forces of evil with his trusty Swiss army knife and a paperclip.  He was a master problem solver, engineering elegant solutions from his surroundings.  Helping the downtrodden or vulnerable using his quick mind for problem-solving. 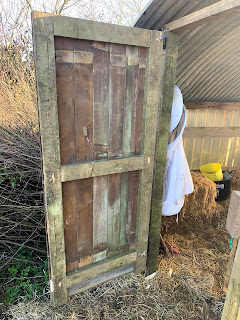 Frugal Orchadism is my attempt at solving my orchard/beekeeping based problems without breaking the bank. I am pretty sure this is what Macgyver would do too.

For example, when I took over the piece of land that is now the orchard I was pleased to find a little barn with a pig arc roof.  A useful space for storing all my beekeeping nik naks and straw bails for my tree mulch.  But it didn't have a door and it really needed one - not really for theft prevention but just a door frame without a door seems problematic to me.  So I wrenched off some old blocks of wood from one of the old goat fences and chiselled together a door.

But Frugal Orchardism comes into its own when one is faced with the challenges of beekeeping. As the annual delivery of beekeeping supplies catalogues will gladly tell you there is always a solution to your beekeeping problems as long as you have the funds... But if MacGyver could make a telescope out of a newspaper and a magnifying glass surely I can build some beehive parts for free.
One of the main problems for a beekeeper is also one of the bee's greatest talents. Bees love to multiply.  Every year their numbers increase to the point that the hive becomes over crowded.  This will trigger the colony to swarm. Which means that the queen and the majority of the adult bees will fly out to find a new home.  Leaving a soon to hatch virgin queen and some younger bees behind to start a new colony a fresh.  The beekeeper's problem is to somehow prevent this happening as when a colony swarms it takes with it the chance of a honey crop for the season.
If you manage to see this coming you can do a range of things to prevent them actually swarming.  One is to have a spare hive and the Macgyver solution is to make one yourself from cheap bits of wood that you can scrounge together. 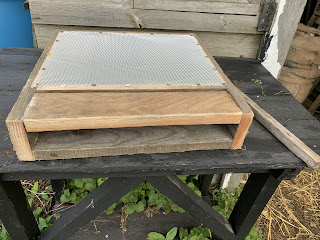 So firstly I made a floor inspired by Lawrence at Black Mountain Honey It has a simple under floor entrance and is created from bits of wood salvaged from an old plasterboard pallet.  I won't go into great detail here as Lawrence's video explains pretty much in detail what I did.  My only change was to saw off the overhanging lip so that the front of the entrance is flush with the rest of the hive.  Photos of this will be uploaded shortly. 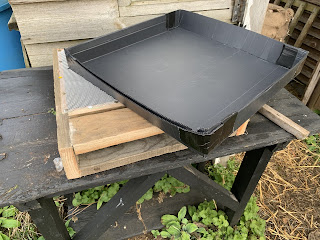 I also liked the idea of a roof made out of the plastic boarding used in estate agent signs.  This was inspired by The Apiarist blog.  I purchased a sheet of Antinox which is Jewson's branded correx floor protection material.  It is only 2mm thick so you need to fold it in half to double up the thickness.  With a couple of strips of gaffa tape to hold it together it makes for an inexpensive roof solution. Photos will be uploaded shortly.
Also, instead of crown boards I have been using a square of polythene which does the job of protecting the roof from being propolised shut and can be made from an old dog food bag for free.
Even if you end up buying a poly brood box and the frames to go with it you can still get a whole bee hive for less than £50. MacGyver would be proud.
beekeeping woodworking 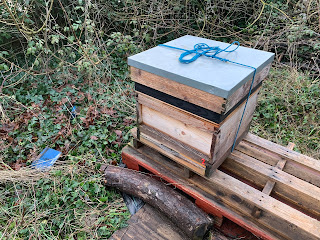 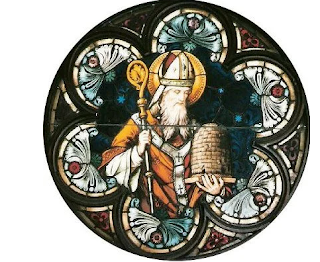 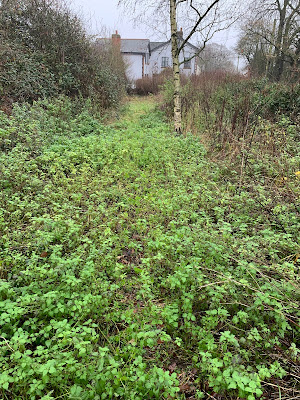